Bhangarh – The Fort lost in time

The word “Haunted” behooves Bhangarh Fort because of all the folklores that have been associated with it from the time immemorial. Right from the presence of Djinns to the legendary tale of Tantrik and the Queen Ratnavati to the mysterious destruction of the entire kingdom of Bhangarh by the pelting of stones from the Sky, there are many such tales which find their origins in the mysterious Bhangarh Fort.

Because of all these legends, we had always wanted to visit this enchanted fort and over one long weekend of April 2021 we decided to go for it.

Situated at a distance of around 90 kms from Jaipur (nearest airport) which is an hour and a half drive, you can visit this monumental fort in a day’s visit from Jaipur.

Drive to Bhangarh is quite scenic especially the last half hour wherein you pass through Sariska Wildlife Sanctuary. Even though the route is through a sanctuary, it is not very remote and you find quite a few Petrol pumps enroute. Towards the end of your drive, you will find yourself getting engulfed into the grasps of the valley.

Just before reaching the Bhangarh Fort there is local toll of 50₹ per vehicle collected by the gram panchayat. There is good enough parking available at the fort parking lot. Tickets can either be purchased at the counter or via app by scanning the QR code (details of which are available on a board right at the counter). There is a slight difference of 5₹ in the fare between the 2 options. For Indian nationals, ticket at the counter is 25₹ and via app it is 20₹. The fort is under the supervision of ASI for the last 2 years and has since been ticketed. There was no entry fee to the fort before that.

Please note that the timings to visit Bhangarh Fort are 10 AM to 6PM.

Now there have been lots of talks doing rounds, that one cannot stay at the fort beyond 6PM because of the paranormal activities but we found it to be more of the official timing thing. And as for the stories of mishaps happening inside the Bhangarh fort during the night, we did not find any strong evidence for the same.

Though some of the locals did mention that because of the ruins and the structure not maintained properly in the past, the monument used to be the base of the mischievous gangs of the nearby villages. Apparently they would visit the place in groups to drink and gamble and would often loot/kill people who happened to be present inside the fort at the time.

About the Bhangarh Fort…

After getting our tickets verified we entered the premises of the Bhangarh fort and found our guide Murari Lal right there. He charged 200₹ for the tour. We would recommend taking the guide. The stories and the legends that they tell you about are interesting.

Bhangarh was constructed for Madho Singh. The fort has 5 gates, 4 of which are closed by ASI and only 1 is functional at the moment which is called the Hanuman Pol. Other 4 gates being the Lahori Pol, the Ajmeri Pol, the Phulbari Pol, and the Delhi Pol. Right near the ticket counter, there is a Hanuman temple. Once you pass by that, you enter the ruins of the market place called Johri Bazaar, which is said to resemble the Bapu bazaar of Jaipur. It was a huge thriving market in its heyday as suggested by the now left ruins.

Leaving behind the bazaar, we enter the main fort area comprising the temples and the Havelis. But the only intact structures are the Shiva and Krishna temples, right at the foot hills. The location is serene and oozes with raw and barren beauty. Both the temples are now non-functional. There is a well maintained garden right at the base of the Bhangarh Fort. I guess that is all thanks to ASI.

Entrance to the Bhangarh fort is a little incline of about 200 mtrs. You step into the palace which is all in ruins. It was said to be a 7 storey structure but today just 3 storeys are left. Majority of the fort is built with stone but there is a section which is built in white marble and has some carvings on it. But there is no surety about what exactly that part was. From the top you will see a beautiful vast expanse of mountains all around. At the top of a mountain, is a watch tower where it is said that that a tantrik dwell.

While coming down the stairs, towards your left you will find an arched hallway which is supposed to be the prison in the olden days. At the end of the hallway there is a small room which has stairs leading down into the dungeon which no one has explored till date. It is supposed to have some negative energy around it. The spooky side of the fort.

Another spooky side is at a level down when you enter another arched hallway on the right. This hallway leads you to the end of the fort where lies a small enclosure where the locals still visit to worship a Djinn. It is said that the complete hallway is haunted by that Djinn. Till date people try to please him with various offerings. And whoever gets possessed by the Djinn, he/she does not get married. It is believed that the Djinn does not allow it. Looks like some possessive Djinn…

We all know that Bhangarh fort is a haunted site. But not all of us know the folklores behind it. And surprisingly, even if you hire a ASI certified guide, like we did – even he will tell you that the cause of destruction of Bhangarh was Tantra (a supernatural phenomenon/craft). But our guide did put a defensive statement after narrating the whole story – Saahab, 500 saal pehle kisne jaake dekha he ki kya hua tha (who knows what happened 500 years back). So let’s start with the story –

It is said that after the death of the king, Rani Ratnavati used to run the kingdom. There was a Tantrik who apparently fell in love with Ratnavati. In order to get Rani, the tantrik cast an enchantment spell in a potion and ask one of the shopkeepers in the Bazaar to sell it to the Rani’s maids. When the maid took the potion to the queen, the queen having sensed a weird smell in it, threw few of its droplets onto a stone.

Supposedly the spell was so strong, that the stone flew all the way to Tantrik’s Cave and fell on it killing the Tantrik. But before dying, the Tantrik cursed the entire kingdom to get destroyed by stone pelting from sky. And it is believed that since the kingdom was destroyed due to stones falling from the sky, all the structures that we see today are without roofs (roofs been destroyed due to stone pelting).

Chilling, isn’t it? There are many such legends associated to the cursed and the mysterious Bhangarh Fort, but no-one has been able to demystify the facts from the legends. Maybe no-one ever will.

Even though the fort is in a dilapidated state, it still provides a magnanimous setting for the travellers and the film industry. Quite some movies have been shot here. The iconic Choodi Bazaar from the sets of movie “Karan-Arjun” is the Johri Bazaar of Bhangarh fort. So yeah, we would like to hear from the cast of Karan-Arjun about their spooky experiences at Bhangarh.

But it indeed is a beautiful fort. We were totally de-mystified and we would love to hear your experiences as well. Please do share in the comments, if you have any.

Hope that you liked our account of Bhangarh Fort . In case you are interested in exploring more travel options around Rajasthan, please check our recommended blogs.

For any queries, please reach out to us at banjaaraa.couple@gmail.com. Also kindly subscribe to our youtube channel.

We will be happy to assist you in any way possible. Till our next adventure….. 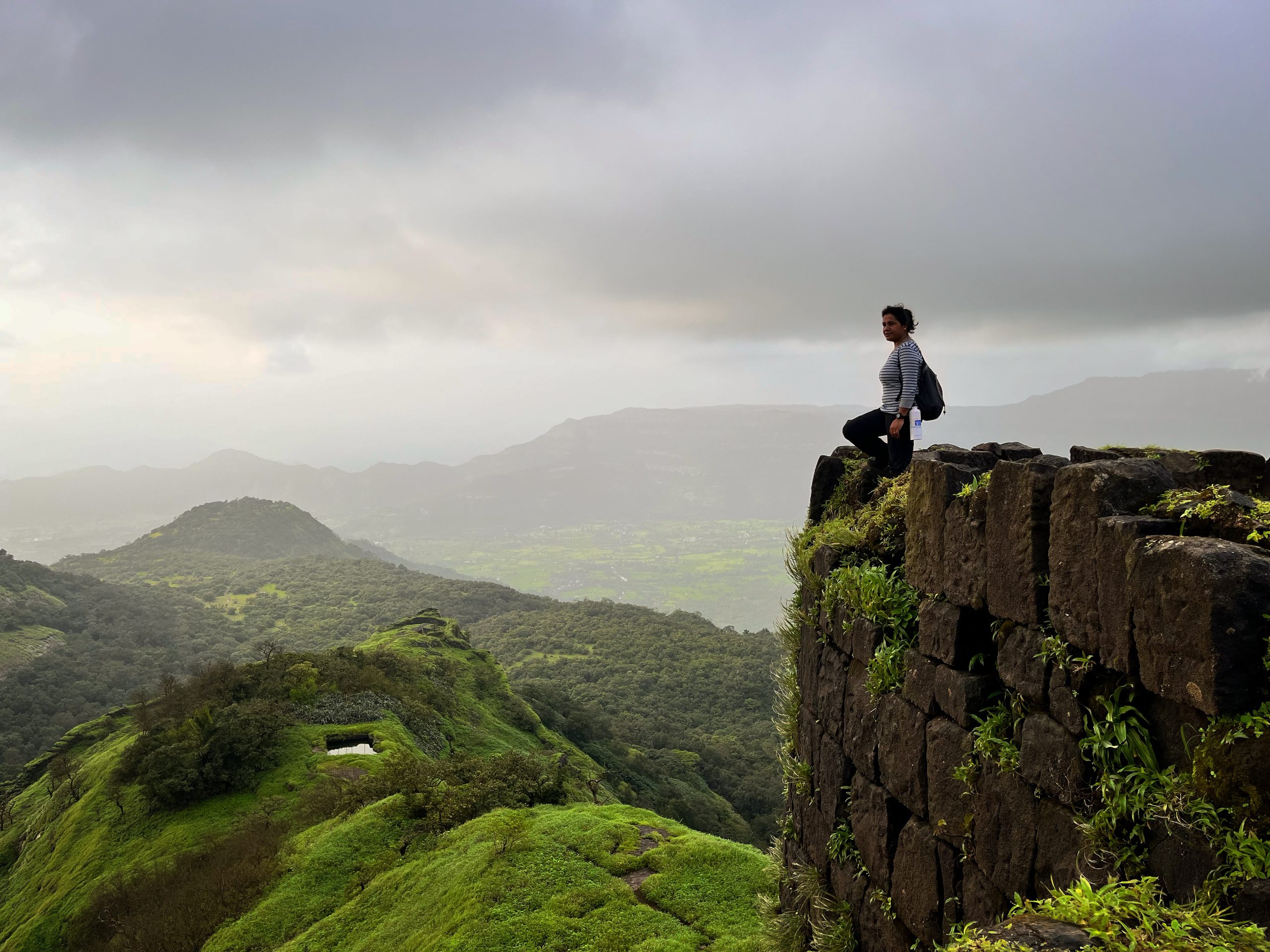 Rajmachi Fort Trek- One of the best treks in Sahyadris ! 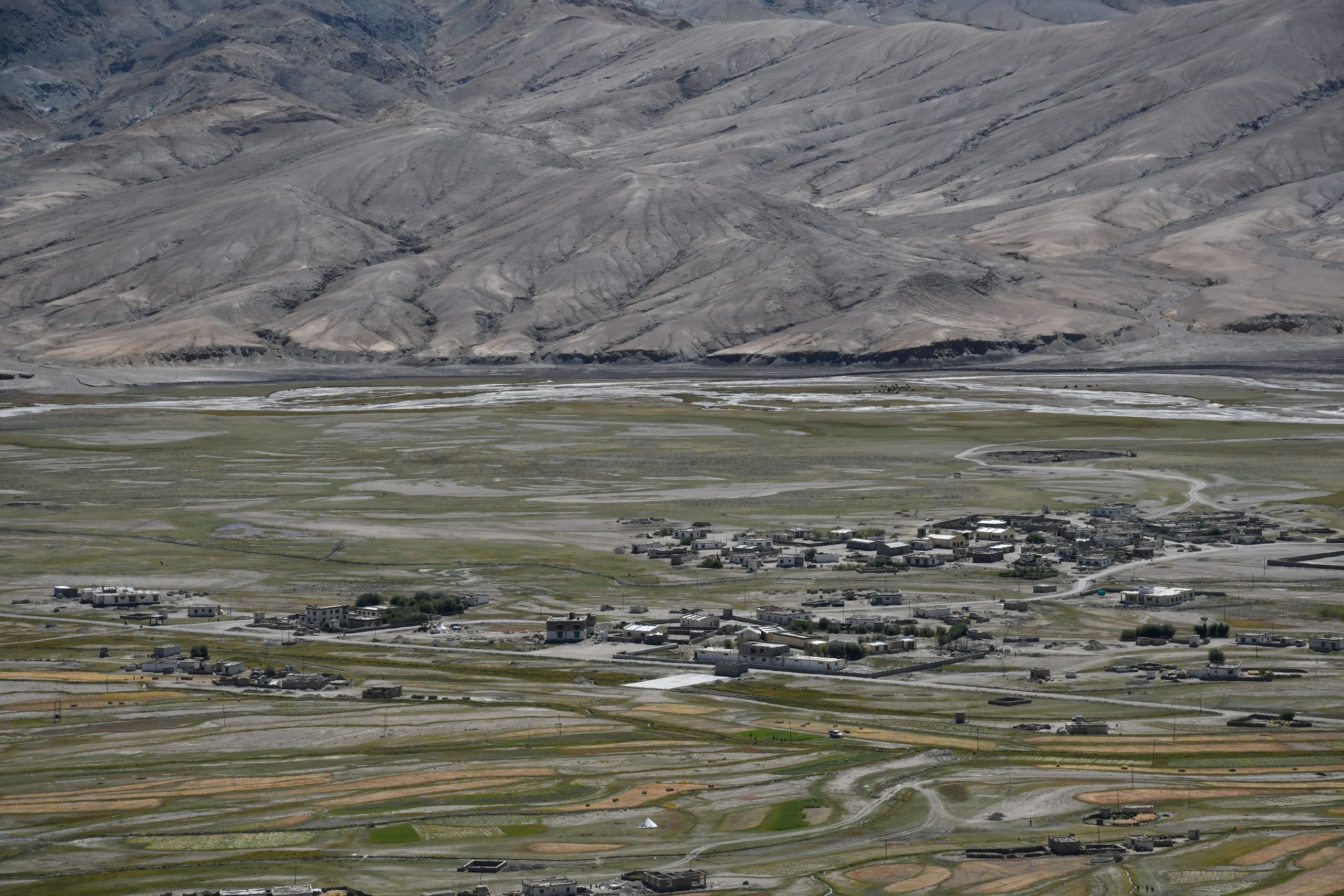