Trekking mountains is pure bliss. You are in communion with the nature. Its pristine beauty rubs off on you, rejuvenates you. You “find yourself” rather than being alone in the solitude. The climb to the summit gives you a sense of fulfilment, more so, when you know the peak has a mystifying legend behind it.

Roopkund is a furtive lake high up in the Garhwal Himalayas and its presence makes you wonder what would have led to its creation there. A “Kund” means a lake hence the Roopkund trek (not Roopkund Lake Trek). It’s a test of your grit and endurance but the journey is well worth its rewards. Bordering on surreal but one that guarantees unadulterated tranquil, its snow-clad peaks of Mount Trishul and Nanda Ghunti are visible all through the year. It’s a six day trek starting from Loh Jung (the base village) which is at about 8000 ft.

To reach Loh Jung, you need to catch a train to Kathogodam from where it takes 8 hours by road. For the first 2 days you get to stay at the home-stays. Camping begins from the 3rd day onwards. The first campsite is Didina village where one gets to spend the night in cottages and mud houses.

The “Bugyals” along the way

The real trek begins from Didina through dense forests to reach Ali Bugyal on way to Bedni Bugyal. The ascent leads you to a receding tree line, and after a while, you are greeted by lush green meadows also called the Bughyals in the local language.

Bugyals bring out the child within you as you feel like rolling on those green meadows. It’s a perfect camping site and you see a lot of colourful tents pitched here. It’s a locale right out of some romantic movie. Also it is here that you witness your first snow-covered peaks of Mt Trishul and Nanda Ghunti.

Himalayas being susceptible to unpredictable rains, it makes horse sense to carry jackets. The temperature plummets quickly enough for you to catch a cold if you get wet. On the other hand, if the skies are clear, Bedni Bughyal is just the ideal setting for stargazers. The sky unveils itself in all glory as a million stars twinkle in your eyes.

Bedni is at an altitude of 12000 ft. From there one has to scale 4000 ft more in the next two days. Trekking the Himalayas is not fun when faced with AMS – Altitude Mountain Sickness. Symptoms may vary from headaches to nausea and vomiting to bleeding nose. The trick is to keep having liquids. Taking a Diamox course before starting the trek helps. It thins the blood and provides you better blood circulation and more Oxygen.

After crossing Patar Nachauni from Bedni, you reach Bagwabasa which is your final campsite before scaling the summit. There is snow and stones around and that is tough. The camps on these rocky patches hardly give any rest but the thought of reaching the summit at 16000ft keeps your spirits high.

On the summit day, you need to leave your campsite at 2 or 3 in the morning as the climb is quite steep and through snow. The snow gets soft once the sun shines bright, so you need to reach the summit and reach back to this campsite before 9. But the beautiful lake at the top, is worth the exertion.

The legend and the mystery

A first dekko of the lake leaves you with a spooky feeling. It is filled with skulls and skeletons. There are legends and stories around the mysterious skeletons found at the bottom of the lake but no one knows the truth about what happened up there. Till date more than 700 skeletons have been found. It is said that the king of Kanauj was supposed to take the pilgrimage to Nanda Devi. A pilgrimage is a sacred and ritualistic odyssey one performs as an austerity to please the principal deity. As per the rules, the king and the queen were supposed to carry on the pilgrimage with pure and spiritual intentions devoid of any worldly pleasures. But the king insisted on taking all his entertainment troupe of musicians and dancers along with the best chefs to pamper their taste buds.

Legend has it that this enraged Goddess Nanda Devi and she warned the king to stop forthwith. The egoistic king didn’t heed which is when the Goddess threw a storm in his path. It rained hailstones as heavy as iron boulders destroying the king and his entire troop. Patar gets its name from this very legend. “Patar” means stone and “nachauni” means dancer. It is exactly the place where all the dancers of the king’s troupe vanished. People from nearby villages sing paens to the goddess even today.

Situated in Chamoli district of Uttarakhand, this is one of the very popular trekking destinations in India. There are 2 seasons for this trek – spring (April – June) and autumn (September – October). Both seasons offer a different perspective. You get to witness different landscapes in both the seasons. The lake is frozen in the spring, but in autumn when the ice has melted, the lake is filled with blue waters and one can clearly see the skeletons at the bottom and around the lake.

We went on this trek in 2016 May end since it would have shown the snow in all its glory. Roopkund is one trek which should be in the bucket list of every trekker. The provocations are many — folklore, mystery and above all the spirit of adventure that beckons you. 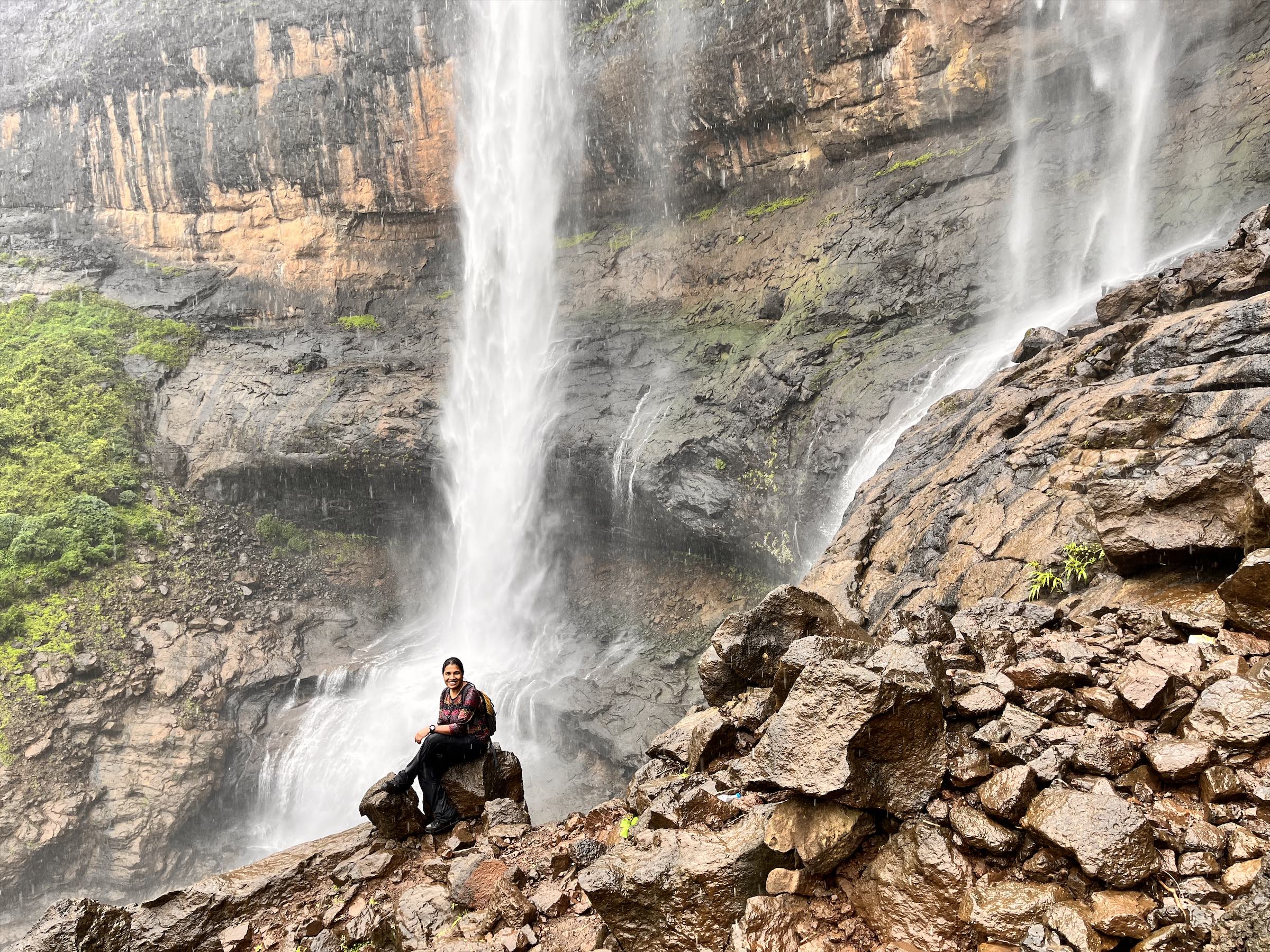 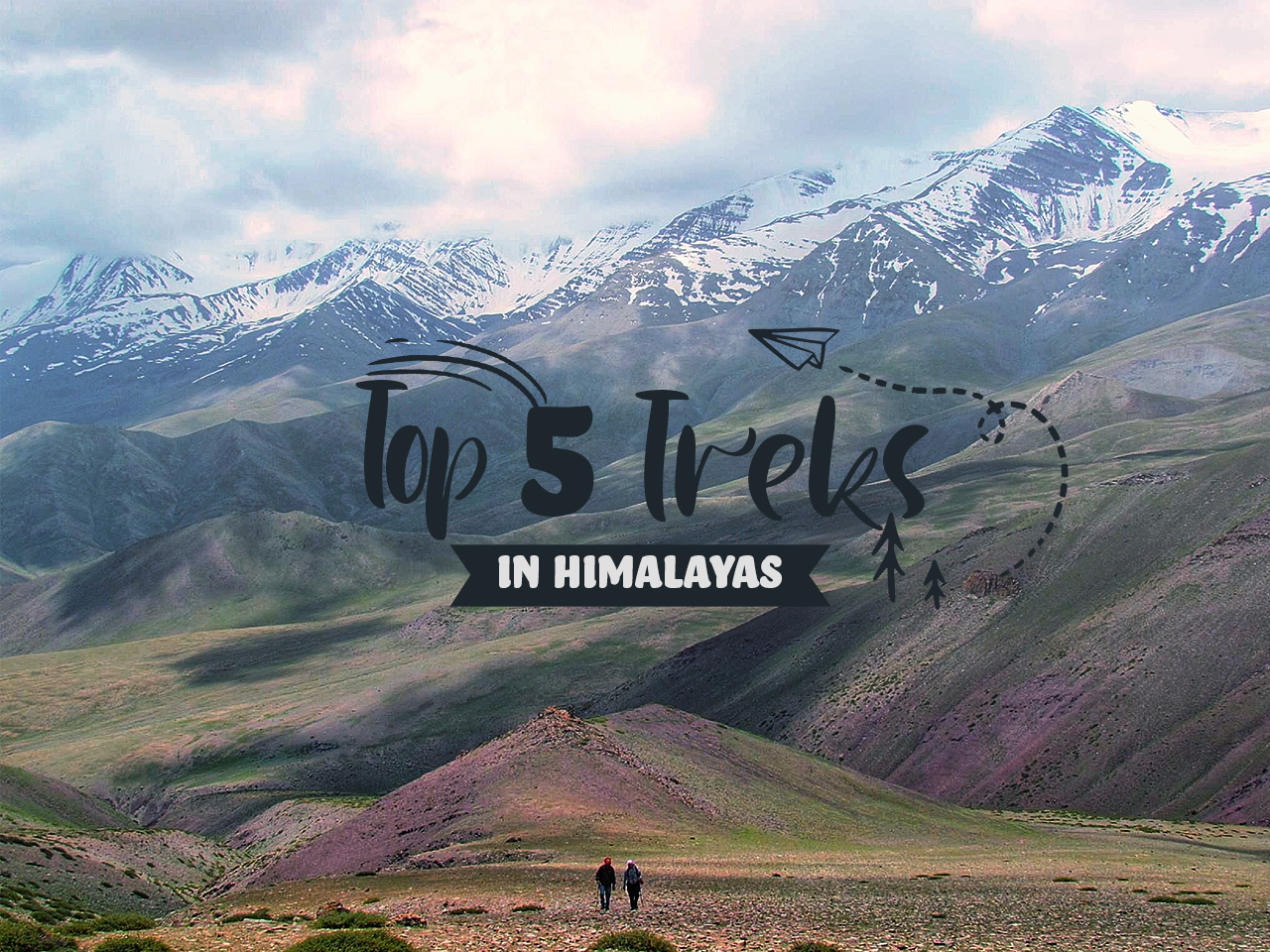 Top 5 treks in Himalayas every trekker should pursue